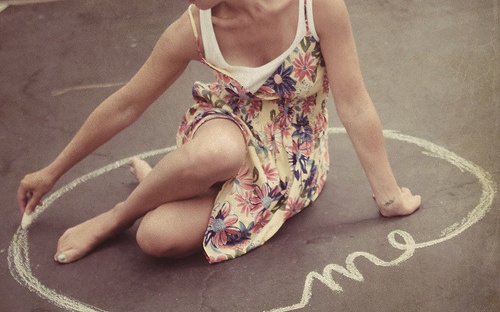 This week has not gone as planned. Sunday my family didn’t really invite me to go the beach with them. Then yesterday I burned the first fingers on my right hand. Lucky it didn’t hurt that much.

Then today I had quite an overwhelming day, more so than I expected. I guess because I didn’t do anything from my morning routine which to be honest have been lacking terribly. I was going to for a run when I woke up but I figured it would be raining so I had breakfast and then instead of showering before work I went back to bed.

Anyway I got ready for work and I felt excitement to go shopping beforehand.

I bought a Mason jar that I can decorate into a vase for someone dear to me. Then I bought two new dresses that I thought I didn’t want to buy yesterday but then I ended up getting them today.

I started work and it was alright, it could have gone better. I didn’t realize that something got removed from our menu and a customer called in and asked for that. My coworker was already mad and then became even more mad at me. So I had to refrain myself from not talking, that’s something I typically do when people are upset/mad at me.

But then later I saw one of my friends and his friend in the restaurant near the end of my shift which was great. Talking to him brighten my day.

Whilst we were talking, I gave him my blog address and he started reading it. I can tell he thoroughly enjoyed the positive vibes.

I checked my phone which I had received four messages from another dear person which later saddened me to the point where I forgot that I was with my friend and his friend until he later said; “Sooo…?” I felt bad because her and I were both on our phones.

My ma picked me up and then I finally went for shower. My plans were to visit someone after work but those plans got cancelled.

The hardest thing for me to learn is acceptance and maintaining healthy boundaries. I sometimes feel like I’m too attached or either too distant. I could never find a balance. I feel like I’m sometimes unworthy. Before I began writing this post I was rereading my older posts where optimism was present. And now I’m trying to gain back that vibe.

I often struggle to feel like I am good enough. I guess it comes from my own inability to fully accept and love myself. I try not to let the negative take up so much of my time. From past experiences I have trust issues and fears of getting too close to someone for they would either abandon me or do something shady. I do trust people but at first it can be scary. It takes me awhile to fully trust someone. I learn from the past but I try to not let it affect my future.

Today I have learnt a lot. I have learnt that the best way to fix your problems is by not manipulating or controlling an outcome. Instead explain your feelings to the person in the conflict with and let them reply. What is meant to happen will happen. It’s part of the Universe’s divine plan for you so you know it is for the best. You may not see it now but it will be. And no matter what happens I will continue to tell myself that I am lovable. The most important relationship is the one you have with yourself. You must love yourself in order for you to love others.

“Accept – then react. Whatever the present moment contains, accept it as if you had chosen it. Always work with it, not against it” -Eckhart Tolle

“Even if the most important person in your world rejects you, you are still real and you are still okay.” -Melody Bettie, Codependent No More